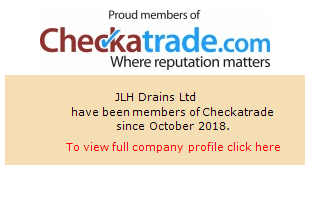 Tips and Tricks on Unblocking A Shower Drain

While we can try our very best to prevent blocking our shower drains, it can sadly still be a very common occurrence. Although we all clean our shower areas, there is still a high chance that a multitude of materials and wastes can end up going down the shower drain and causing a blockage.

It's remarkably easy for it to happen too; even just the continuous usage of shower essentials like soap and shower gels can cause any drain clogs to increase in size. However, it's the hairs of both the men and women that use the showers that top the list of reasons why shower drains become blocked in the first place, as they're almost completely non-biodegradable and get stuck in the pipelines for lengthy periods of time.

Before we get on to helping you unblock your shower drain, let's look at how you can prevent blocking it again in the future;

The best way to prevent blocking your shower drains in the future is to not throw solid waste down it! It sounds simple, but many homeowners throw items down their shower drains assuming that it will all get washed away; but this isn't always the case!

So, what are the ways to unblock your shower drain?

If your shower drains are blocked, there are various things you can do to unblock them;

If you are comfortable doing so, there is always the option to carry out some natural cleaning of your shower drain yourself. Before you begin, you'll need to gather some baking soda, vinegar and boiler water. The first thing you will need to do is pour the baking soda down the blocked drain, followed by double the amount of boiling water. Following this, you'll need to pour more baking soda and then one to two cups of vinegar.

It's important to try and make sure that these mixes travel as far as possible down the pipeline, so that they can naturally dissolute the clogs and free the drain of the blockage.

Aside from using natural cleaning methods, there are also chemical means by which the clogs in your shower drain can be removed. This is considered as one of the most common methods of sewer cleaning as most of the time the blockage occurs due to the formation of heavy grease on the pipeline and when you then use such chemicals or liquids to dissolute the grease, it becomes far easier to get rid of the blockage faster.

Similar to the compressed air method, jet spraying is a very effective way of cleaning the drains. Specialist drainage companies, such as JLH Drains, are able to utilise jet sprays to very easily and quickly unblock any drains, including shower drains.

If your shower drain is blocked but the blockage is not large or heavy, you can very easily use drain rods by yourself. These will allow you to very quickly clean and clear the garbage or solid waste from the pipeline and free the blockage.

Even if you don't think you have a shower drain blockage, it's advisable to regularly clean your drains regularly anyway. This will reduce the risk of any future blockages. Similarly, the natural method of cleaning your drains must be carried out once a month, or at least in alternate months, to make sure that waste hasn't accumulated on the pipeline.

Put simply, it's better to prevent the drains from becoming blocked rather than finding ways to unblock them when they get clogged.

Should you find that your shower drains have become blocked and you aren't sure what to do, or you aren't confident in fixing it yourself, you can always contact the experts at JLH Drains. We work throughout Kent, London and the South East.

Call at any time for a fast visit, assessment and quotation, we can usually fix it there and then. Call our freephone number and your nearest engineer will be with you within an hour and a half.

One Of Kent's Best Drainage Companies

Based in Kent with locations in Medway, Maidstone, West Malling, Sheerness and Gravesend, we offer all Kent (and surrounding areas) residents and businesses the latest hi-tech drainage services to ensure you get your drains fixed fast with guaranteed competitive prices, experienced staff and a guaranteed no call out charge. Instant quotation supplied before we commence work.

We welcome your enquiries at any time via our 24hr Telephone Helpline, get in touch with us today for your no obligation quotation as well as a cost effective & reliable drainage service.

Some of the blocked drains areas we cover

Some of the drain CCTV areas we cover

Some of the Drain Excavation and Relining Areas we cover